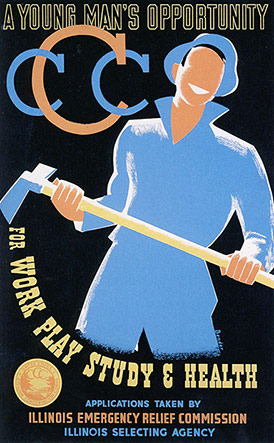 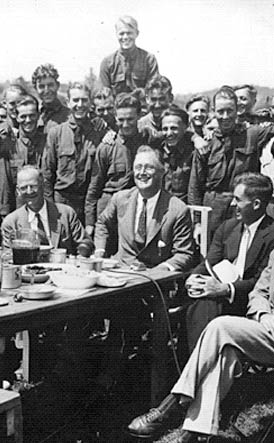 President Franklin D. Roosevelt’s “alphabet soup” of social programs were designed to relieve the severe effects of the depression. One of these programs was the Civilian Conservation Corps or CCC. Begun in 1933, the CCC was a program in which young men could enroll to work on outdoor projects and improvements such as construction of roads, bridges, reservoirs, dams, levees, and other conservation projects in State Parks and National Forests, as well as other rural areas. The enrollees could remain in the CCC for 18 months or until they had reached the age of twenty-four, whichever came first.

Three CCC units were assigned to Giant City State Park. The first company was the nearly 200 men of the company #696. The 696th CCC Company remained at the park from 1933 until 1942. Company #1657 assisted the 696th for five months in 1934. Under the supervision of the National Park Service, the CCC undertook such projects as road construction, landscaping, foot trails, guardrails, and general forestry improvements. 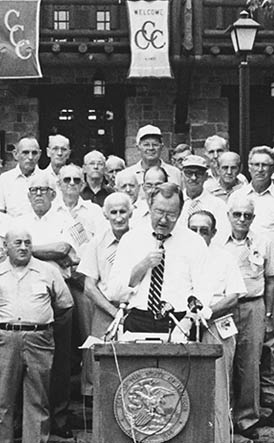 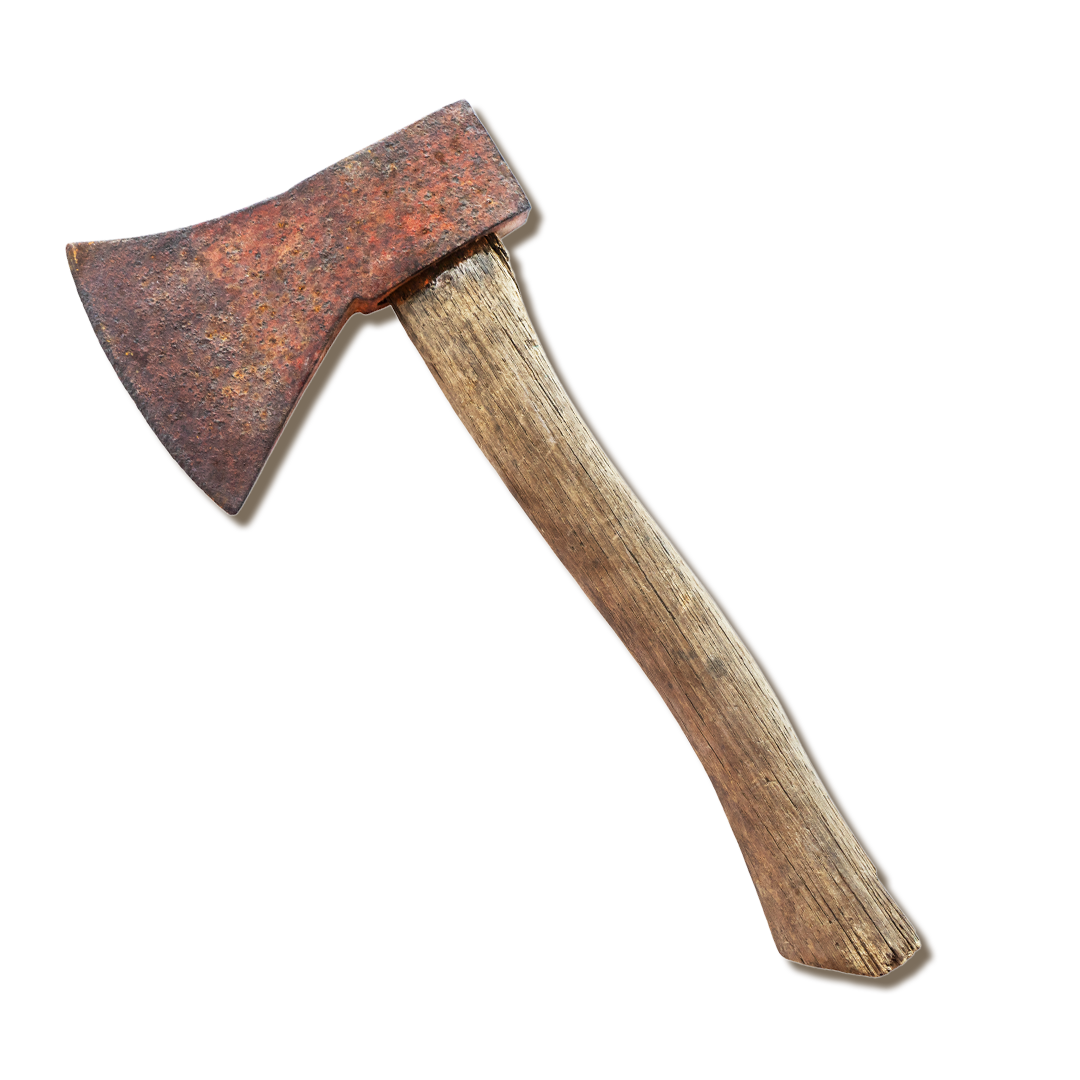 In June 1934, the 696th Company began work on project 28 C, the Giant City Lodge and Cabins. Soon after construction began, it became apparent that more than one company of men would be needed. The 692nd Company came to Giant City from August 1934 until November 1935. The emphasis of the project was that it was to reflect local atmosphere and decor, and many of the materials that went into the lodge were obtained locally.

The building was laid out in three units. The northwest unit is the Refectory or dining area. The southwest unit was designated the Comfort Station. The central unit, the main lounge area, is two stories high. The Lodge is built on the highest point in the park.

Assistant Architect Joseph Golabowski of the National Park Service insisted that it simply be called the Giant City Lodge because of the original and unique design of the structure, which he considered typical to the Giant City area. 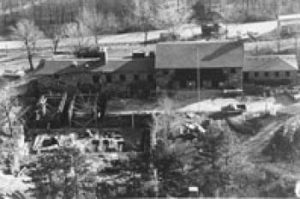 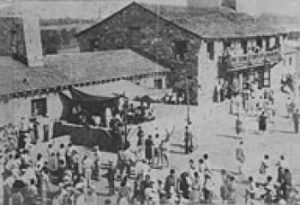 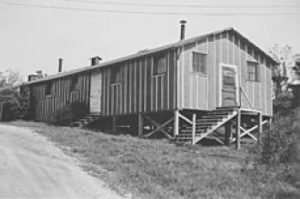 The foundation was laid out in concrete. In keeping with the emphasis on local atmosphere, the walls of the Lodge were constructed of locally quarried sandstone. The work of the CCC in cutting sandstone was so precise and professional that it compared favorably to local professional rock masons.

Illinois hardwoods provided much of the woodworking in the Lodge. Oak logs, hewn on-site by the CCC, were used for the beams and pillars on the interior of the Lodge. The wooden doors in the entrance to the Lodge, as well as the main and balcony floors and all lintels, were constructed of solid white oak. The shingles of the original roof were made of hand-split shingle oak. The circular stairs leading to the balcony on the upper level were constructed of attractive but durable pecan wood. The wood was obtained largely from local companies such as the Egyptian Lumber Company in nearby Cobden. An on-site blacksmith did all of the ironwork. 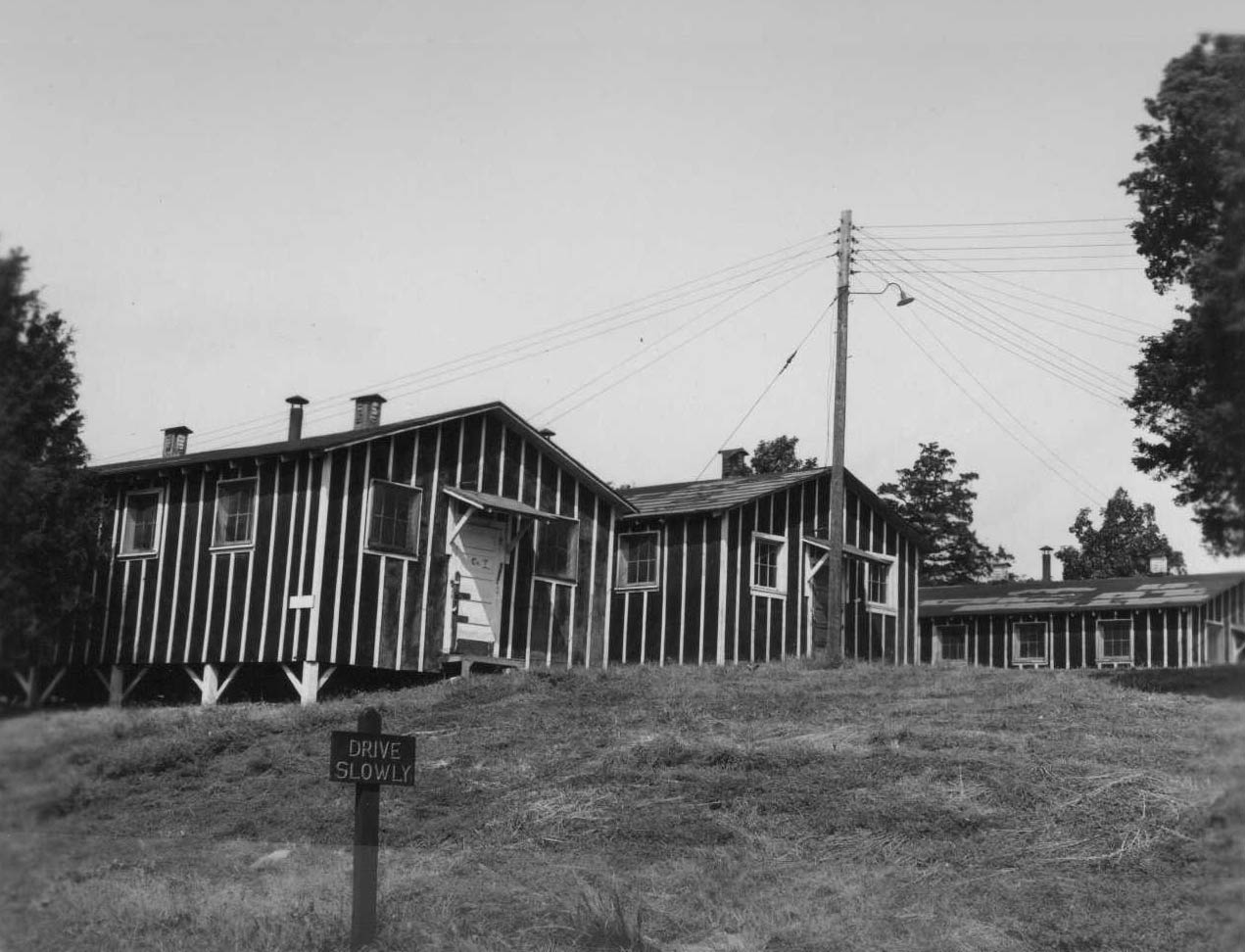 The next major project was the addition of six more overnight cabins to accommodate the growing number of guests. The addition of these six cabins brought the total number of cabins to twelve. These cabins, unlike they are today, were not furnished with running water. They were completed in August 1937 and were furnished with furniture that was also built by the CCC. The 696th Company constructed 108 pieces of furniture in all.

The Refectory Service Court was built by the CCC and completed on November 30th, 1938. It was constructed of native sandstone with white oak pin rails and gates.

On March 31st, 1939, a concession stand was completed in the Lodge building. This was of a typical fashion and featured Coca Cola for 10¢ and ice cream cones for 5¢. 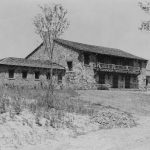 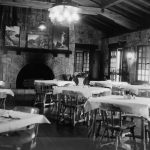 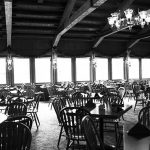 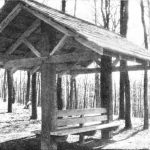 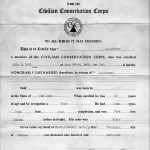 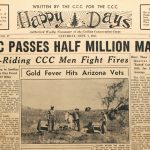 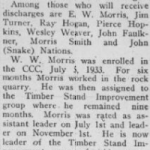 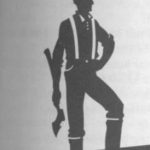 End of CCC and Beyond

The 696th CCC Company started to decline in the advent of WWII where a large number of youths went directly into service and because of their exposure to military discipline in the CCC, made excellent soldiers and sailors. The 696th CCC Company disbanded on May 28th, 1942. The projects that the 696th had started and not finished before disbanding were finished by the permanent park personnel and the WPA.

In the early summer of 1946, work began on the existing cabins. The interior walls were plastered and plumbing and electricity were added to the cabins. This renovation made staying in the cabins even more comfortable and convenient than before, and that helped the Lodge establish a thriving business.

The biggest improvements to the Lodge since its construction occurred under Governor James Thompson’s Build Illinois Program beginning in 1985 over one half a century after President Roosevelt’s CCC was commissioned.

Under the new program, the twelve original overnight cabins, which were beginning to deteriorate, were removed and twelve new cabins built on the same sites. These twelve new cabins, now known as the “historic” cabins, were built, styled, and finished exactly the same as the original cabins. In addition to these cabins, twenty-two new cabins were built around the lodge, along with an outdoor swimming and kiddie pools. 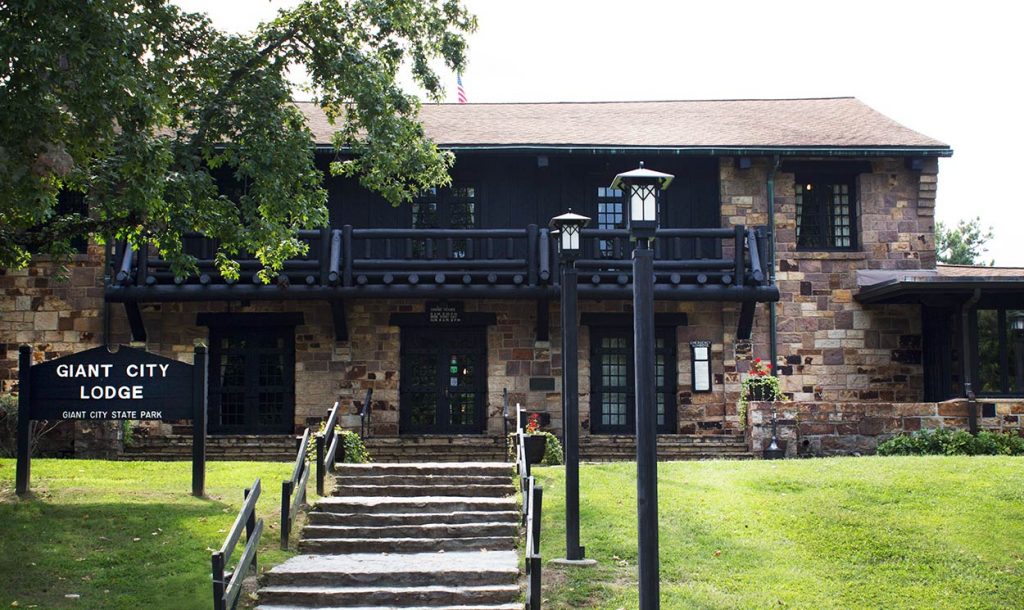 The Lodge was renovated with new infrastructure throughout. The most noticeable part of the project was the new Bald Knob dining and banquet rooms. The original Bald Knob was removed and replaced with the new. The addition doubled the total dining room seating to approximately 400. The addition was designed to maintain its historic beauty, in keeping with the spirit of the park.

1981 a new era of management and hospitality, as Richard A. Kelley with son Mike become the Lodge’s 6th Concessionaire. 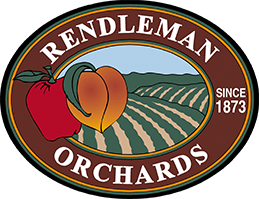